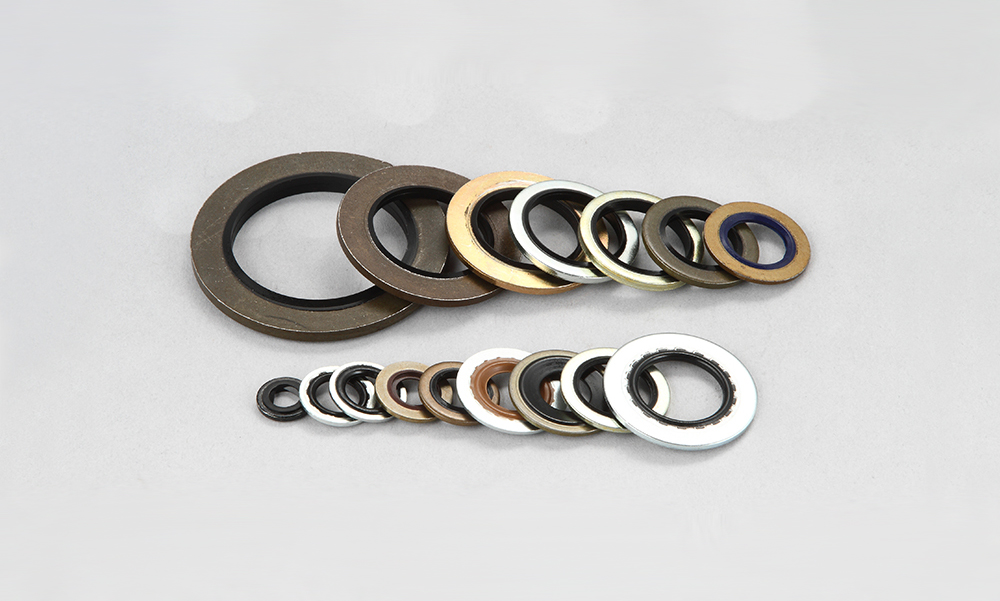 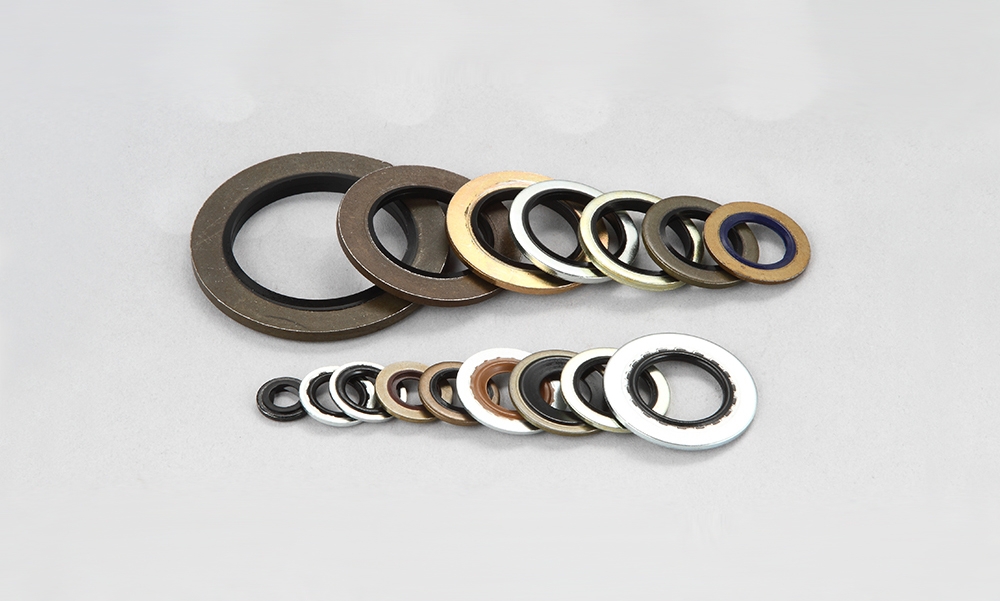 A bonded seal is a type of washer used to provide a seal around a screw or bolt, which consists of an outer annular ring of a hard material, typically steel, and an inner annular ring of an elastomeric material that acts as a gasket. It is the compression of the elastomeric part between the faces of the parts on either side of the bonded seal that provides the sealing action. The elastomeric material, typically nitrile rubber, is bonded by heat and pressure to the outer ring and which holds it in place. This structure increases resistance to bursting and the pressure rating of the seal. Because the bonded seal itself acts to retain the gasket material, there is no need for the parts to be sealed to be shaped to retain the gasket. This results in simplified machining and greater ease of use as compared to some other seals, such as O-rings.